If someone tells me they want to give me something for free, 99% of the time I’m going to run the other way. Why? Because I was once a whole lot stupider than I am now. Unless you believe in love or religion, nothing comes for free. It pays to be skeptical. Let me tell you some of the schemes.

CREDIT CARDS ON COLLEGE CAMPUSES
There is a reason why credit card companies set up booths on college campuses. I fell for it too. Heck, I used to carry at least 5 department store cards and 3+ VISA/MasterCard/American Express cards. I thought the plastic gave me status. And somebody also threw me this line about building my credit. Believe me, it’s all a big lie. They want gullible people to spend more than they have and then charge them 5-20% interest rates. They want you to be in debt to them so they can take everything you have. And then you only pay the minimum amount every month and max out your limit. You are throwing money away and not even knowing it. Pay everything in cash. Or, if you have a little bit of financial sense and are frugal, have one Rewards credit card and pay it off every month. Never carry a balance. Don’t write checks that your a$$ can’t cash!

PAYDAY LOANS
Why do you think they have PayDay Loan places near depressed communities? The same reason why pawn shops are only in the worst parts of town. They want to charge you to float your hard earned paycheck their way for a fee and a quick turnaround. Its those who don’t have any patience in the world who think this is a good deal. There is a reason why they don’t put these places in middle- and upper-class neighborhoods. Smart people don’t fall for these traps.

PREDATORY LENDING
There is actually no such thing as “predatory lending”. There are only new suckers being born every day. Bill Clinton pushed the idea that everyone should own a home. So they opened up the housing market saying people who couldn’t afford a home should be able to buy one. Only, this opened the door for lots of scammers to jump into the market. They’d offer ultra-low interest rates and low or no-down payments just to get you to sign the dotted line. Then, after 3-5 years, you’d have an interest rate that you couldn’t afford and would go into foreclosure. Then the bank owned your home and you were out on the street. Don’t sign the dotted line on those kinds of deals. If you don’t know what you are doing, ask a real financial advisor or attorney. Better yet; educate yourself!

NEW CARS
Actually, this goes for NEW anything. People want status symbols. There is a reason you see people in dire straits with the latest clothes and shoes and a shiny new car, but you go to their homes and they live in a dump. People want to LOOK rich when they are ACTUALLY drop-dead poor. Forget status. Instead, do the hard work, get educated, learn a trade, and work for a living. Don’t lease a car to own. You don’t need a new car every 2 or 3 years. Buy an old jalopy and learn how to fix it up yourself. You don’t need to carry a car payment…EVER! A car is NEVER a good investment. Its always a money pit. Save money and wait for the right time when you can pay for it with cash (if you need a car in the first place). Learn how to save! You don’t need the latest iPhone or cable TV package. Believe me, you won’t die without one.

THE LOTTERY WILL MAKE YOU RICH
OK, its safe to say that rich people don’t buy lottery tickets. Its only people who spend $40 a week on a carton of cigarettes and blow $200 on a Friday night at the bars who play the lottery. Stand at the local 7-Eleven and see who buys lottery tickets. It isn’t the rich people since they are busy storing leftovers from a home-cooked dinner in a GladWare for their lunches the next day instead of blowing $10 at McDonalds. The people who win the lotteries are the same people who quit their jobs and live it up for 2 or 3 years, then are dead broke again. They didn’t know how to handle money in the first place and didn’t know what to do with so much wealth. They buy homes knowing nothing about property taxes. They buy expensive Jaguars not realizing how much maintenance costs are for those things. They let their nephew Jeffrey who has a few college credits under his belt or Pastor Ed who they trust to manage their money for them. Its like buying $1,000 worth of fireworks and shooting them all off in less than 20 minutes. It’s fun while it lasts. There is a reason why these people fail.

There are no good get rich schemes. Learn to invest. Learn to save. Educate yourself and climb the ladder. Learn contentment and satisfaction in people who really love you. Don’t listen to scam artists (and politicians) who sell you pipe dreams that will never happen. Don’t look for instant gratification. Think long-term and find grounding in what is real. Don’t look for free tuition or free anything. Money doesn’t materialize from dust. Somebody has to pay for those things. Rich people are rich for a reason. I know you think they step on people and are always corrupt, which is how you think they got rich. It doesn’t usually work that way. Its because they put in the hard work to get there. If you think they are going to pay for your education or any other kind of welfare, then you go ahead and buy that lottery ticket and hope for the best.

NOTE: There is an interesting book called “Rich Dad, Poor Dad”. If you want to succeed financially, don’t take advice from a poor person (or politician who has always lived off the taxpayer). Its like taking diet advice from someone who is morbidly obese; or like getting marriage tips from a celebrity who divorced 4 times. Just don’t do it!

So I recently became involved with the Nextdoor App that is specific to my neighborhood. There is a lot more going on than I could have imagined from loose dogs running around to turtle sandbox tops getting wedged who knows where. What is seriously concerning me is the reports of burglaries. I always called my neighborhood Pleasantville because nothing bad every seemed to happen. It is like Mayberry U.S.A.

First off, I never want to blame the victims

There are bad people in this world. If we had peace, we wouldn’t need to take precautions against predators and micreants.

I am exceedingly curious about the circumstances of the thefts. I am not aware of any crowbars taken to doors or smashing in of windows to gain entry. These have been petty crimes of opportunity. People leave their car doors unlocked and its easy to walk along and check if doors are open. And guess what, for some reason they also leave high value items and, most importantly, garage door openers in their unlocked vehicles. I’m thinking that is not a very smart move. Sometimes, I walk my dogs in the wee morning hours and see many garage doors open, likely overnight. Most of our garages have a side door and people sometimes leave those unlocked too. Its my feeling that if you can get into a garage, you’re going to get into the house. Even if you lock your door from garage into the house. There are tools in garages like crowbars and screwdrivers making it easy to get in without anybody seeing.

Regardless, we know there are bad people out there. But some people are quite frankly stupid. I’m sorry you were too naive to trust the human race. You have to watch out these days.

If you play with fire…

Don’t give them the key to your house and expect not to get burned. If most drunk driving accidents happen between Midnight and 3am, then don’t be out then. If you want to end up with knife wounds to your chest, then go to bars in the middle of the night and pick a fight. If you walk down a dark alley all alone, there is a much higher probability of something bad happening. Its like walking in mountain lion country with deer sausage wrapped around your neck.

People need to get smarter about their awareness and safety. Teach your family and kids how to be safe! And get off cell phones at times when you need to be safe. 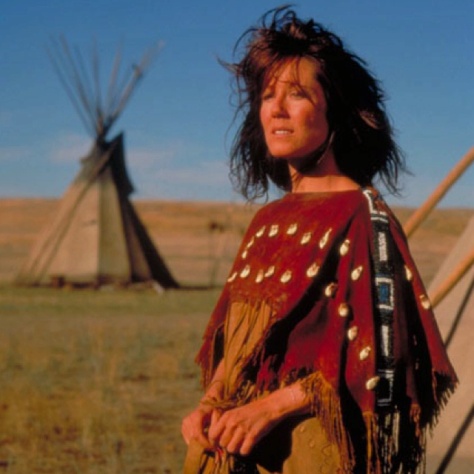 There is a character depicted in the movie “Dances With Wolves” with the name given to her “Stands With A Fist”. She was a Caucasian woman taken in by the Lakota Sioux for a reason I don’t remember. She had been with them for so long that she no longer spoke English. Apparently, she was given this name because she didn’t take any gruff from anyone. She wasn’t a weakling of a person who sought special privilege. She Stands with a Fist. You have to admire a person like that. Someone who isn’t looking for a handout. Someone who makes the most of every situation.
When you are proud, you try to do things yourself. You appreciate help, but you don’t seek it. It is about personal responsibility and value of self-worth. In that time, a Native woman would wander off to a lonely place in the woods to give birth. It was a completely different mindset. Don’t get me wrong. I like all the accouterments of modern life. But you have to admire the mind of someone who does something on their own. Its why I like to fix my own car. YouTube is good for that. There is nothing that we are incapable of doing these days if we have the courage to put our minds to it.
It doesn’t take the government, or some official, or a college degree to tell me if or what or when I can do something. I will do it. And always on my own if I have the tools to do it. We should all learn to Stand With A Fist!