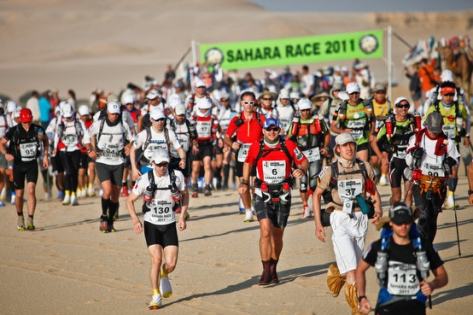 Let me start off by saying that I love running. I stopped running roads many years ago when my trust in humanity totally failed. The trails are where I flourish. I’ve run in all contiguous United States plus Hawaii, Germany, France, and Australia. It was the central part of my life since the 6th grade. At the end up my ultramarathon career about 4 years ago, I developed a chronic calf tightening issue that wouldn’t go away. I saw therapists and tried every remedy I could and nothing worked. I would rest a month and it would always come back. Then I rested 6 months, then a year. I ended having to stop running completely. And it made me really sad.

But, since the middle of last Summer, I haven’t had a single calf cramp when running. I’ve really missed all the wildlife I see, the smell of the forest, and the total adventure every run can be. Its been glorious every time I’ve gone out.

To protect my calf, I’ve focused mostly on doing CrossFit to prepare for a running race coming up in a few months. Then I hope to do another race in June. Its exciting to have a goal to run again. But this time around, I’m doing it totally differently. Long ago, there was a CrossFit athlete who decided to run a 50K with CrossFit training alone. He finished middle of the pack, but he did it without much specific running. I wouldn’t recommend that to anyone. But that’s mostly my plan too. I would like to do one longer run a week and a few hill repeats during the work week. I believe that will save my body.

I was listening to a podcast yesterday that was so profound and it has me embracing my training philosophy. The podcast was about testosterone and how endurance training is antithetical to its production. Its one reason why you see runners either very skinny or, quite frankly, a little chunky. More on the chunky later. Testosterone, the growth hormone that encourages building of muscle and improves mechanical repair in our tissues, is totally inhibited with long distance training. And if you ask me, loss of muscle, which causes loss in strength, is something I choose not to seek. In fact, metrics of aging show that loss of muscle mass is the single most important measure related to mortality. Its much more important than endurance activities and the heart health it provides.

The other aspect of endurance training is its effect on cortisol. A doctor on a podcast I listened to last week was all about cortisol. Endurance training creates a lot of stress on our bodies and over a long duration. You would think the increased metabolism and steady state cardio would have more of a positive effect on stress. But it turns out its quite the opposite. Cortisol is a stress hormone that encourages insulin production, norepinephrine, and fat storage. So without calorie deficit, a lot of people who start running to change their body shape find it an uphill climb. And the stress doesn’t end after the run. It continues through much of your day.

Amazingly, Ben Greenfield in a podcast about testosterone, presented published research that says 6 seconds, yes 6 seconds, is the optimal interval work time for increasing testosterone production. The length of the rest time surprises me too, though I don’t recall what it was. Its longer than expected. Also, testosterone is important for women too though to a smaller scale. It helps us all for the same reasons.

Lastly, I did a workout yesterday that really took it out of me. It is called Christine, one of the newer "girl WODs". It is:
3 rounds for time of—
500 meter row
12 bodyweight deadlifts
21 box jumps

On paper it doesn’t look bad at all. But I was struggling for some reason yesterday. Most CrossFit workouts are short, lasting from 5-15 minutes. But its all like a sprint and your heart and lungs are working full capacity. I usually combine a WOD with strength work or cardio intervals, like Tabata’s. Strength often is an EMOM (every minute on the minute). Then you’re not tempted to look on your phone and end up resting 5 minutes between sets. It keeps you on task while also keeping your heart rate elevated. Most of my total workouts last 30-60 minutes. But I honestly only need that short WOD to feel complete for the day. Sometimes that’s all I have time for.

Instead of running 5 miles a day, why not explore other options? Interval training has been scientifically proven to be effective in heart health. And you’ll look better too. There are people I’ve worked with who look pale and emaciated; basically like twigs. Then I find out they are long distance runners. It makes total sense. Why not look and feel strong and healthy instead? Try lifting a few weights or doing bodyweight calisthenics. Yoga is super awesome for strength too. I was in a yoga class yesterday and noticed the traps and infraspinatus muscles on women’s backs. I mean totally buff. I’d rather look like that than skinny. Man or woman.