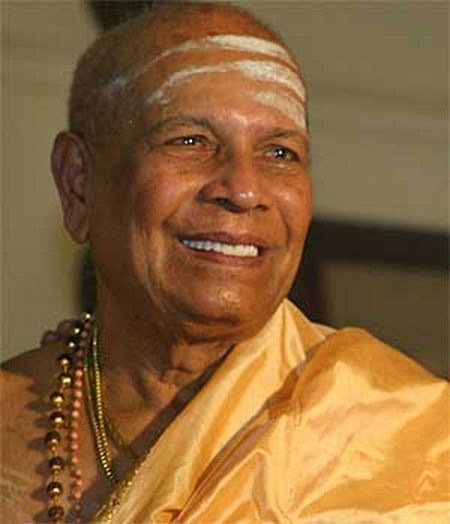 Svadhyaya means literally "one’s own reading" or "self-study". It is the fourth Niyama, which are the personal observances representing the 2nd limb of Ashtanga Yoga.

However, this meaning can have several connotations. Among them:
1. Introspection – looking inwardly and studying our own being.
2. Self-study – as in trying to find more information on our own as opposed to only looking for wisdom from a teacher.

The latter is what I am thinking about. In some religions, it is frowned upon to study scriptures on your own. They expect that an ordained priest will interpret the scriptures for you and hand them out to you in person. Many people feel this about many things. They’d much rather have a doctor tell them what’s wrong with them. They’d rather have a mechanic tell them what’s wrong with their car. They’d rather go to a professor to work out a complicated idea.

I shouldn’t be proud, but I am in that I try to be self-sufficient. These days, anything you need in life can be found on YouTube. When I was replacing a cam sensor on my specific model of truck, I had several YouTube videos that I could go to to do just that. I’ve had a leaking problem in the first floor ceiling on the South side of my house. There is obvious water stains and its been a problem for some time. We had talked about finding a contractor or handyman to fix it. Then I thought, hmmm, I could just go to YouTube and figure out the drywall myself. It will cost a tenth of the labor and I know I’ll do a good job. Svadhyaya.

When I started CrossFit, I did it completely on my own. But I studied it a lot. I subscribed to CrossFit Journal and learned a lot on my own. Nobody taught me how to lift, how to do a butterfly pullup, or how to Snatch. I taught myself. I coached myself. So when I finally started going to a box, I was already there. Coaches often taught things wrong because I had already read from the best. Some coaches had a lot of ego and didn’t want to hear that I had studied something on my own. They wanted total control of what you did and what you learned. Its why I eventually moved away from a box. I do love the community, but the ego of some coaches is unsettling.

The same could be said of Yoga. Krishnamachurya, the Father of Modern Yoga, said, "The moment I say that I am a yogi – I am not a yogi". Yet so many yoga teachers call themselves Guru or Master. I would agree with the founder that they lost sight of its meaning. They are no longer humble to svadhyaya. They see a false image of themselves because of their pride and ego. We never arrive in yoga. Once we think we do, then we’ve lost touch. I know of teachers who brag about themselves often. They always tout their qualifications and abilities. They’ve clearly lost their way.

I teach people a lot of things in yoga. But I always implore them to practice on their own. They can seek other sources of information. Look at Kino’s videos to learn more about Ashtanga. Listen to Larry Schultz to get the intention of Rocket practice. He invented it, so he should know a lot more than me. What I give is my interpretation of Rocket Yoga. I trim a few things out that I don’t like or that doesn’t feel good with my body. And I probably add a few things to the practice.

To be honest, just last night I was watching Larry talk about the BC and AD of It’s Yoga; how people who don’t know the practice don’t understand the methods. He was talking about the perils of Yelp. He got a bad review because he didn’t teach sun salutations. And how his senior students were the example to follow, not him. It speaks to the responsibility and ownership a student has with the Rocket. It bolsters my feelings about this practice even more.

I would encourage you to hop onto YouTube a lot for your svadhyaya. Yes, read Yoga Mala and the Sutras as well. But YouTube has the Cliff Notes that you need. I get bashed a bit because I don’t read the book but wait for the movie. I’m not a voracious reader. Well, I read a lot online and I do read books. But the amount is relative. Yes, you can watch 2nd and 3rd generation teachers teach a practice very effectively. But to see Pattabhi Jois firsthand is 5 times better than seeing Kino or Sharath teach it. And its better to hear Larry share Rocket than any of his star students, Amber Jean, David Kyle, and others. Its not that you shouldn’t hear the other teachers, but to hear from the Founder of a practice is super special.

I highly recommend the book Guruji. It presents testimonials of many of Pattabhi Jois’ students experiences from being taught by him. Guruji talked about 99% practice and 1% theory. But when you read testimonials, it almost always talks about the 1%. When you hear Freeman, Swenson, and other Ashtanga contemporaries talk about Ashtanga, they are not talking about the practice. Its all about the 1%. That’s where Svadhyaya helps you grow.

Svadhyaya is about depth of knowledge. On the surface, you can do all the asanas perfectly, but if you don’t understand their meaning, then you’ve lost the intent of the practice.