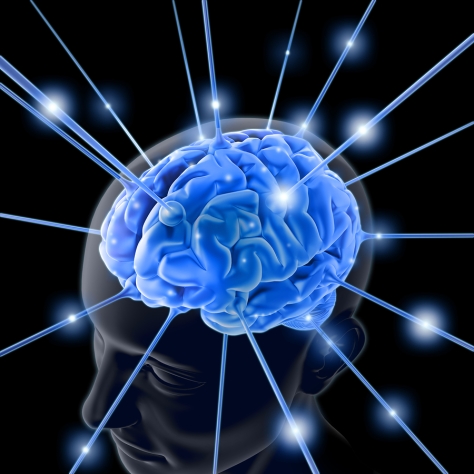 I’ve read that a doctor can place a patient’s leg on their head with a straight leg while under anesthesia. The stretch reflex is not active and the body moves freely. That’s not to say there aren’t real obstacles to muscle length in an AWAKE person. I’m also NOT saying that a person is mentally weak if they can’t touch their toes. But it IS something to think about.

Many top athletes tell you that sport is mostly mental. Sure, you have to have genetics and good training to realize success. But you can’t get over the fact that how we perceive and make things happen is largely mental. I have books about ultramarathons where people run 100 miles or more in stage races. Even when their bodies begin to fail them, they somehow still manage to do amazing things. If you look at programs like the SealFit Kokura program, they put people through physical rigors akin to real Seal BUDs training. But the focus is on building mental toughness. You can be an All-Star running back at the highest level, but still fail these types of training. Why? Its a mental thing.

This comes around to my current diet. In our minds, we think we’ll die if we don’t have 3 meals a day. If we’ve always had meat-potato-veggie or hamburger-fries, then that’s all we know. A professor went on a convenient store food diet of Twinkies, Ho-Ho’s, and other assorted junk food. He carefully monitored his calorie intake to be in deficit and ended up losing 27 pounds in like 3 months. That’s not to say his blood work and health didn’t take its toll. But it proves the point that calories DO matter! You can’t just eat clean and expect to lose weight. Believe me, I’ve tried.

Yesterday, I lived off of 621 kcals. I wouldn’t recommend doing that, but I’ve come to realize it is a mental thing. The biggest culprit in dieting is not necessarily the meals themselves. Its the numerous snacks that we constantly graze on throughout the day. That all adds up. I’ve lost 9 pounds and feel healthy as ever. The Fat Secret app is what has done it for me. I carefully monitor what I eat and how many calories I burn with exercise. I am roughly burning 2,000 calories more than I take in every day. I teach and do yoga, do about 20 mins of cardio, and do either CrossFit or Olympic weightlifting every day. And somehow, I’m not starving and my performance is still going strong.

Sure, I know there are physical things happening that are real. I know my stomach has likely shrunk so it doesn’t take much for me to feel satiated. My energy levels aren’t nearly as dynamic in amplitude (aka. no highs and lows). And I feel so much better. In the first week of my diet, I fasted most of one day and finished my day with half of a Little Caesar’s pepperoni pizza. It was SO yummy, though I wouldn’t make a habit of this. Lately, I keep saying I’ll reward myself with a Culver’s Burger or something like that. But I don’t need it. I’m too excited for my weight loss. Once I hit my goal, I’ll moderate and enjoy those foods again. But I won’t let my weight creep back up again…EVER!

Its mostly a mental thing